Don’t Let Your Subconscious Be Your Guide: Avoid These Common Interviewing Errors 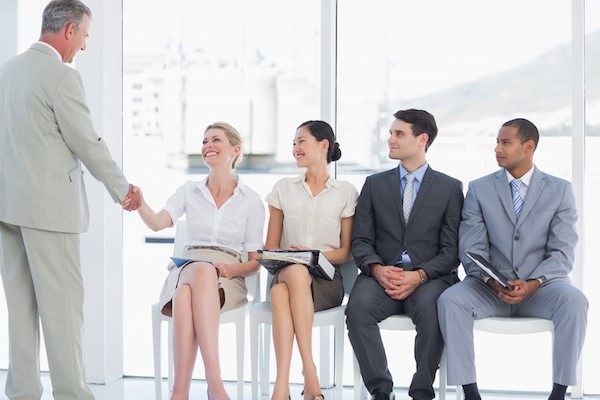 Did you know that you may be hiring based on the order in which you interview applicants?  This subconscious selecting of candidates, based on interview order, is known by two terms: the primacy effect and the recency effect.  Left unchecked, they can strongly influence which candidate receives a job offer.  Being aware of these effects will help you to recognize when you are forming a bias based on order, and take steps to correct it to ensure that you hire the best person for the job.

Primacy Effect:  The primacy effect is the tendency to focus on, recall information about, and even favor candidates who interview first.  When you are hiring, especially if you are interviewing several candidates a day, the first couple of applicants are more likely to make a lasting impression based on the primacy effect.  Much like a grocery list or a to-do list, chances are that you are going to have a harder time remembering the middle of the list of candidates that you interviewed.  The primacy effect can also cause you to make the first candidate you interview the standard by which you hold every other person during the hiring process.  This is a disservice to the other candidates who may be more qualified since the order in which they interview is not a reflection on their ability to perform the job.

Recency Effect:  Contrary to the primacy effect, the recency effect is the tendency to remember and favor applicants that interviewed most recently or last.  Subconsciously, these candidates are easier to remember simply because their interview is the most recent as you begin to finalize your decision.  Unfortunately, this and the primacy effect leave candidates who interview in the middle of the hiring process at a disadvantage since their interview neither sets the standard nor remains fresh in your mind as the hiring process comes to a close.

Primacy and Recency in the Interview:  The primacy and recency effects not only impact which candidates are memorable based on the order in which they interview, but they also impact your view of individual applicants.  For example, a candidate who has a shaky start to their interview may not be hired due to the primacy effect.  That first impression at the beginning of the interview can determine if the candidate receives a job offer even though they may be qualified and the rest of the interview went perfectly.  Similarly, the recency effect can be seen if a candidate is perfect for a position but is not hired due to an off-putting response at the end of their interview.  Chances are that last and most recent response will stand out in an interviewer’s mind when they are making their final decisions.